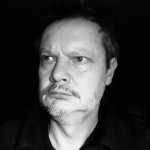 Sign in now!
Category:
Drama
Description:
This film is about what the routine of everyday life can do to the human mind and psyche. It also reflects on the importance of the choices we make and how limited these choices are in the first place.

The plot evolves around a family of four. They live in the suburbs, in a strange villa that appears, through a complex game of mirrors, to be more like a piece of installation art than a real house. The main character, who hardly appears on screen, is the son, a man in his thirties.

Suffering from asthma and eczema since childhood, he uses his condition to manipulate his parents and his sister. Thus the existence of the terrorized family turns into an endless ritual of attempting to satisfy his whims, and always on the alert for yet another one of his “health crises”.

Las Meninas resembles the scattered pieces of a puzzle. It is up to the viewer to assemble them in order to form his very own picture – something that makes the film itself personal and unique.