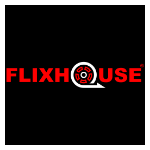 Sign in now!
Category:
Comedy
Description:
Swiped' is a comedy short following Jordan and his friends Ryan and Talia on a London estate. Alarmed by the detrimental effect smartphones are having on those around them, they launch an initiative 'Swiped', which aims to make people more present...by stealing their phones on mopeds. This short parodies real crime documentaries whilst simultaneously shining a comedic light on a current and controversial subject matter.

End Titles Track: Row D - ‘On Tings
You must login to be able to comment on videos
Reply